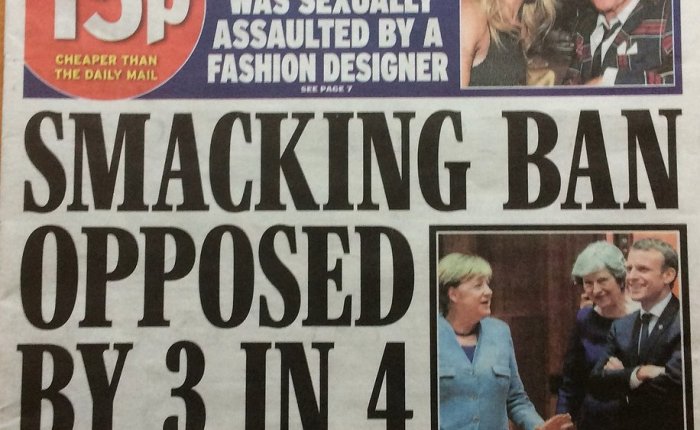 WHEN the Scottish Government decided to back a proposal from the Greens to remove the defence of “justified assault” in cases of parents accused of beating their children it was to be expected that the Christian Right would be quick off the mark with its counter-offensive.

And thus, on that very day they released the results of a poll which they claimed showed that 75% of Scots opposed such a change in the law and that went unchallenged by the media. But in polling the question asked and the context and mood set by previous questions is crucial. The survey asked 60 questions, making it a very strange and eye-wateringly expensive exercise. Don’t take my word for it, you can find it here.

Leaving aside the composition and backers of the Be Reasonable group who commissioned it (this has been done by Bella Caledonia), there is the way this debate is being couched around that cuddly word, smacking. The defence in court is against assault. If that word was used, or the word beating, what would that do to the poll numbers?

I’m not criticising the pollsters ComRes, but in years of covering political opinion surveys I can’t recall a set of more skewed, mood-setting questions and inappropriate binary choices. Take these two sets of statements inviting agreement or disagreement. 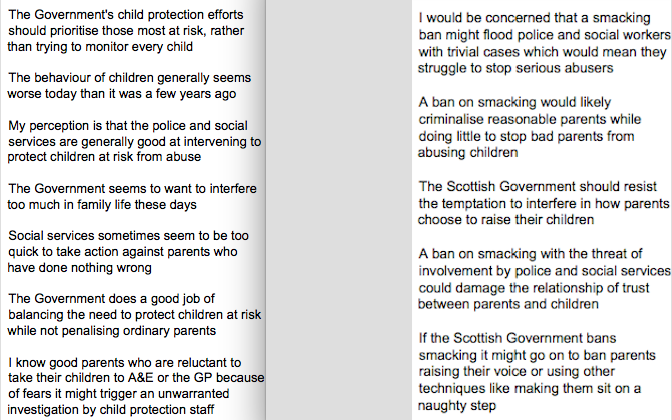 Or look at this either/or offering on the prospects of a ban.

So, yes, amid this scattergun exercise the pressure group did get the response they wanted to the question “Parental smacking of children should/should not be a criminal offence.” Substitute the word beating or assaulting for smacking and I bet the result would change. Still, it’s good to know that “Christian values” include “justifiable assault” of young people. Suffer the little children, and all that.